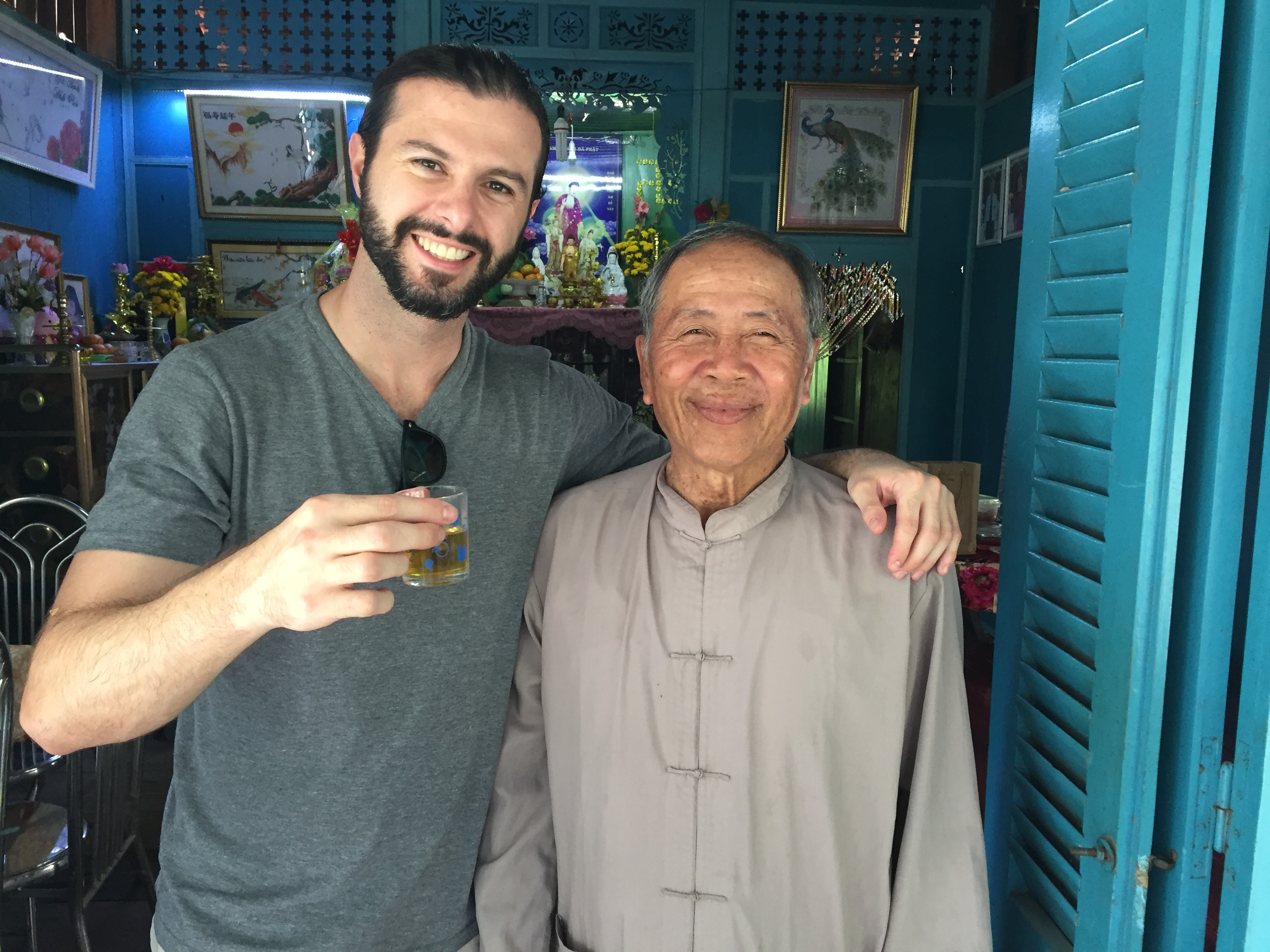 I met a girl who ran away from home when she was 12 years old because she couldn’t take the abuse she was witnessing between here mother and her father.  At 12, she rode on a motorbike taxi with a man she didn’t know.  He drove her 200 kilometers to her grandparents house.

She is 24 years old now, she’s an avid reader on spirituality, mindset, and the interconnectedness of mind, body, and spirit.  She’s also a successful business woman in the import/export business. She 100% self reliant, making an income on her own. She loves to travel through Vietnam and other countries in Southeast Asia.

One thing she does that I love…

This girl buys the lottery tickets too, but then throws them away.  She doesn’t read the numbers and she never looks at the results.  She buys them to help the poor people who are selling them.  She’s the only person I’ve ever met who buys lottery tickets for a selfless reason.

I met a girl who facilitated, organized, and translated a meeting between a Vietnam Army veteran and United States Army Veteran who both fought during the Vietnam-American War.  The U.S. Army veteran stole a Vietnamese Flag while in action and held onto it for over 40 years.  He flew to Vietnam to meet a Vietnamese veteran and return the flag.  They exchanged words and embraced each other with compassion.  The local news covered the meeting.

This girl also runs a coffee shop and facilitates free English training sessions for Vietnamese people.  She connects foreigners with locals to help with the learning process.  As a byproduct of her goodwill and giving to the community, her coffee shop gets more business.

I met a guy from Houston, TX who visits Vietnam multiple times a year.  He returns to Texas in the summer to work in the air conditioning business during hot season.  When he’s in Vietnam he visits an orphanage a few times a week where he plays and dances with the kids.

I met a 27-year-old Vietnamese Buddhist monk.  He’s been a monk for 11 years.  He’s committed his life to compassion, love, and meditation.  His wants to live in India for a time period to study Buddhism.  His desire is to spread love and compassion to people of all religions.  His hopes are that kindness, compassion, and love transcend the differences people have based on their religious views.

This man (in his late 60’s or 70’s), was very healthy.  But more than being being physically healthy, was his presence and demeanor.  He couldn’t speak English so there was no verbal communication, yet I sensed a calmness and peace about him.  It was in the way he moved.  They way he ate and drank his tea. It was as if his physical health transcended into his emotional, mental, and spiritual health as well.

Each person I met in Vietnam, has emptied me.

They empty me of my past perspective.  My past interpretations.  My limited beliefs.  My baggage.  My excuses.  My bullshit.

When I empty myself, I become fulfilled by each person as well.

They fulfill me with inspiration, with what’s is possible.