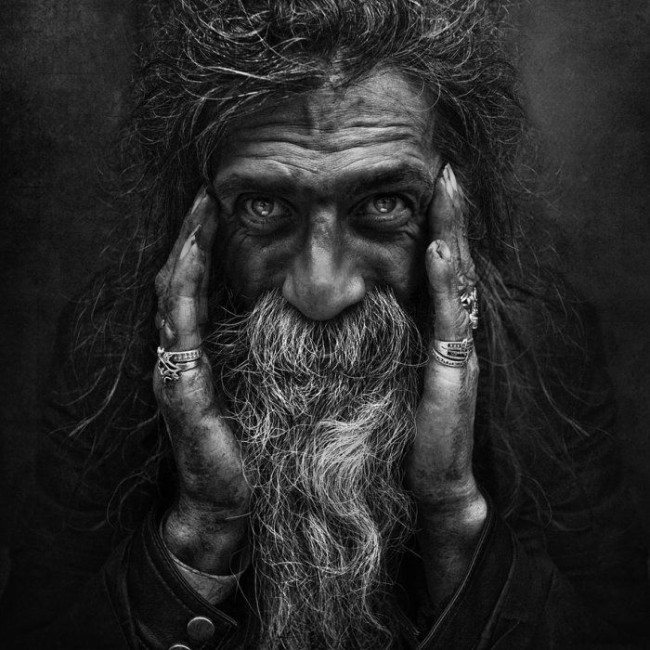 I just finished an evening run.  I pushed my self on this night.  I stopped at the financial district in Brickell, Miami.  I decided my last mile home was going to be by train, not foot.

It was 11:30pm on a Friday night.  It was late to be on the elevated train.  There are only 2 total seats placed next to each (it’s standing train).

Exhausted, I sat down on one of empty seats.  My heart rate was up, my legs tight, and my sweat dripping from my entire body.  I enjoyed the seat, a free ride home, and let the much needed recovery begin.  Relaxation, as my heart rate lowers, and I feel the internal satisfaction of finishing a long run.  Peace and quiet.

A few moments later, a homeless person enters at the next stop.  He walks directly over to the seat next to me.  He sits down and is less than a foot from me.

The smell was unbearable.  The stench bellowed of unwashed cloths and cigarette smoke.  I continued to look forward.  I tried to minimize my breath in the bubble of putrid air, in spite of needing much air for work out recovery.

I made eye contact with him.  I said hello.  I met my first homeless person, Rob.

He was a elderly white man in his late 60’s.  His hair was medium length.  It was greasy grayish white, combed back, curling below his ears.  His beard was a blotchy gray and dirty white.  He had a big, wide nose, crystal hazel eyes, and distinct lines running across his big forehead.  He grunted hello, and then made a disdained gesture with his mouth as he looked away.  It was less than a snarl, more like a curled lip of bitterness.

I asked, “How are you?”  His response was, “I’ve been better,” and then gave me that curled lip of bitterness.  I replied,  “At least you’re in Miami, and not freezing your ass off in January.”  He looked down, and did that damn lip curl of bitterness again.

Then he started talking.  It was negative.  All of it.  His attitude and demeanor was filthier than the old cloths he was wearing.  I just sat there and listened.   I listened to every word.  I made eye contact, and let him talk, and talk, and talk.

He complained about losing his job.  He blamed the government screwing him out of some type of payment owed to him.  He said that since he doesn’t have an id, the government would not honor the payment.

So I asked him, why don’t you go to social services and get some kind of id?  He responded, “The government agency knows who I am, I’ve been in that building hundreds of times.  I don’t need to show them id.  They know who I am!  It’s horse crap that they are not giving me my money!  And now I don’t even want to deal with giving them an id, I don’t need them.  They can go screw themselves!!!”

I then asked, “So you can get an id, show it to this agency, and then get some money?  But you won’t do it, because of spite?”  He replied proudly, his head held high: “Yes, I’m my own esoteric self.  I’m a stubborn son of a bitch, and they can kiss my ass!”

He snarled and did that lip curl of bitterness again.

My stop came, and I left the train.  I wished Rob well, and told him to hang in there.

Rob didn’t ask me for any money.

A stubborn attitude, and self-inhibiting pride:  Not characteristics you want to have on your resume if you are a homeless person.

As I said, Rob didn’t ask me for any money….