Around The World (of India) In 80 Days: Episode 4 – Patience (and a Bull Takes The Train) 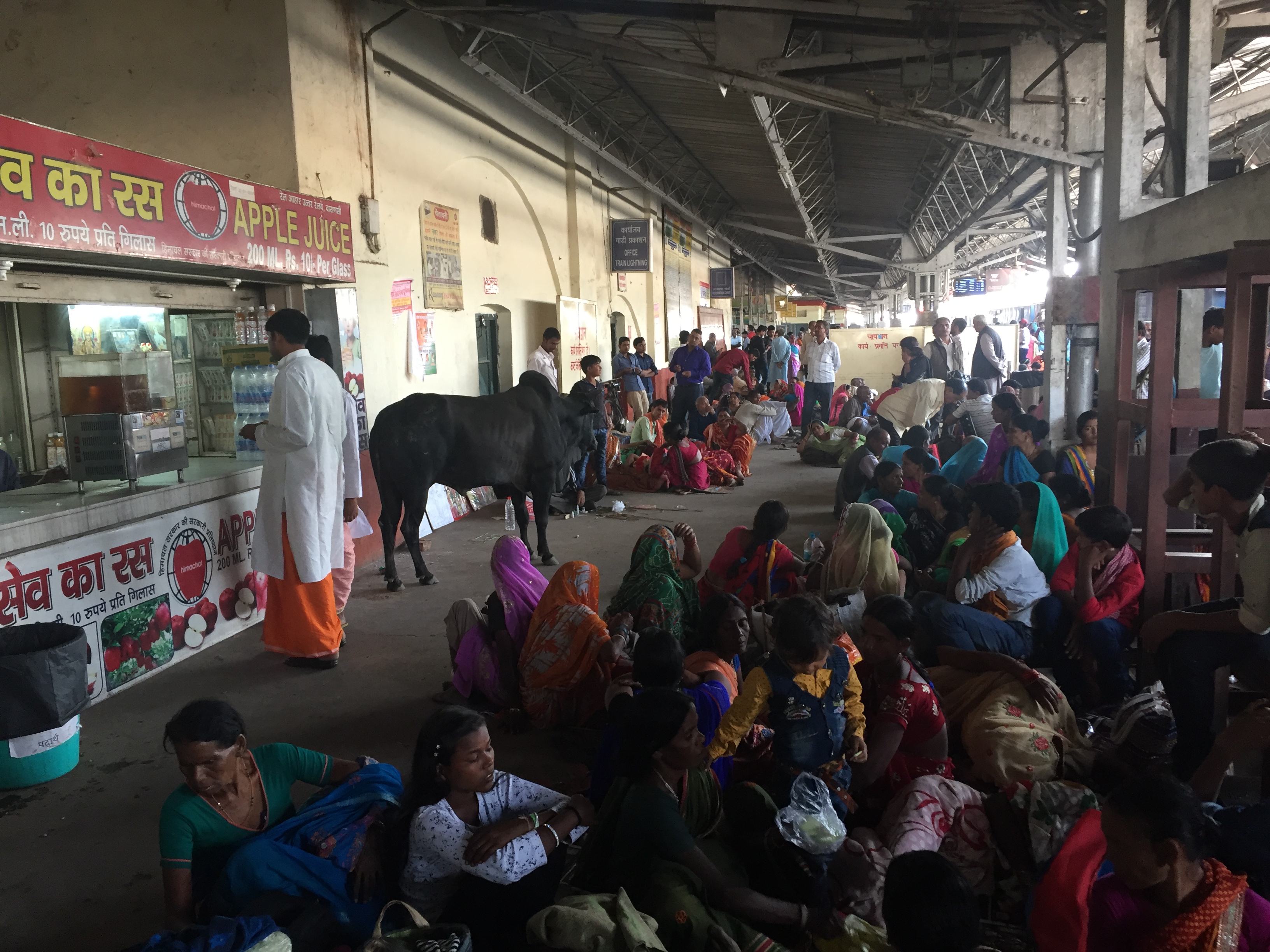 It’s a requirement while traveling and living in India.  I think that is why India is such a spiritual country.

Without the spirituality in India, impatience would be the dominate emotion throughout the bigger cities.

Case in point:  I was taking a train from Varanasi to Rishikesh, a 20 hour train ride, yet my patience would be tested well before I got on the train.

The train was set to depart at 10am, however, it was late.  The computer screen has the updated times of arrival.  30 minutes later.  No problem, I wait.  30 minutes goes by, still no train.  The screen then adjusts the arrival another 30 minutes.

Still no train.  I asked a few workers about the train.  They didn’t say much, only to check the updates on the screen.

This 30 minute adjustment pattern continued for 8 hours.  It was the ultimate tease and test of patience.  After two hours of hope and disappointment by the “30 minute delay,” I removed all expectations.

I framed my mind to be here at this train station, among thousands of people, packed shoulder to shoulder for the rest of the day.  I was lucky enough to find a small wagon to sit on, bought a bag of peanuts, and ice cream and bottled water.

What more could a man need?  I was healthy and alive, lost somewhere in East India.

I enjoyed an audiobook on my phone, and observed the people standing and lying down around me.

Once my expectations changed, my impatience vanished.  I was calm and relaxed.

That is until a bull the size of a grizzly bear came walking through.  It walked through the crowd, oblivious to the crowd without a hault.  People desperately pushed each other as quickly as they could to create a clear path for the bull to walk.

Many people however, including small children and infants, were lying down, sleeping.

I tried to wake people up near me as the bull was approaching, some elderly people did not react quickly, if at all to my warning.

The bull walked right past me not stopping for anything or anyone.  It’s feet were less than a foot away from children sleeping on the floor.  All I could do was cringe, grit my teeth and put my hands on my head.  It was a miracle that no one got hurt.

The bull stopped, stood in the same spot for about 15 minutes.  A buffer zone was formed, a half circle with a radius of 10 feet away from the bull.  Then he plopped down and laid there for an hour.

Not your typically travel day, to say the least.

Patience, mixed with some alertness are two qualities worth cultivating in India.