The Most Genius Street Performance I’ve Ever Seen! 4 Fun Observations about Performance, Sales, and Marketing 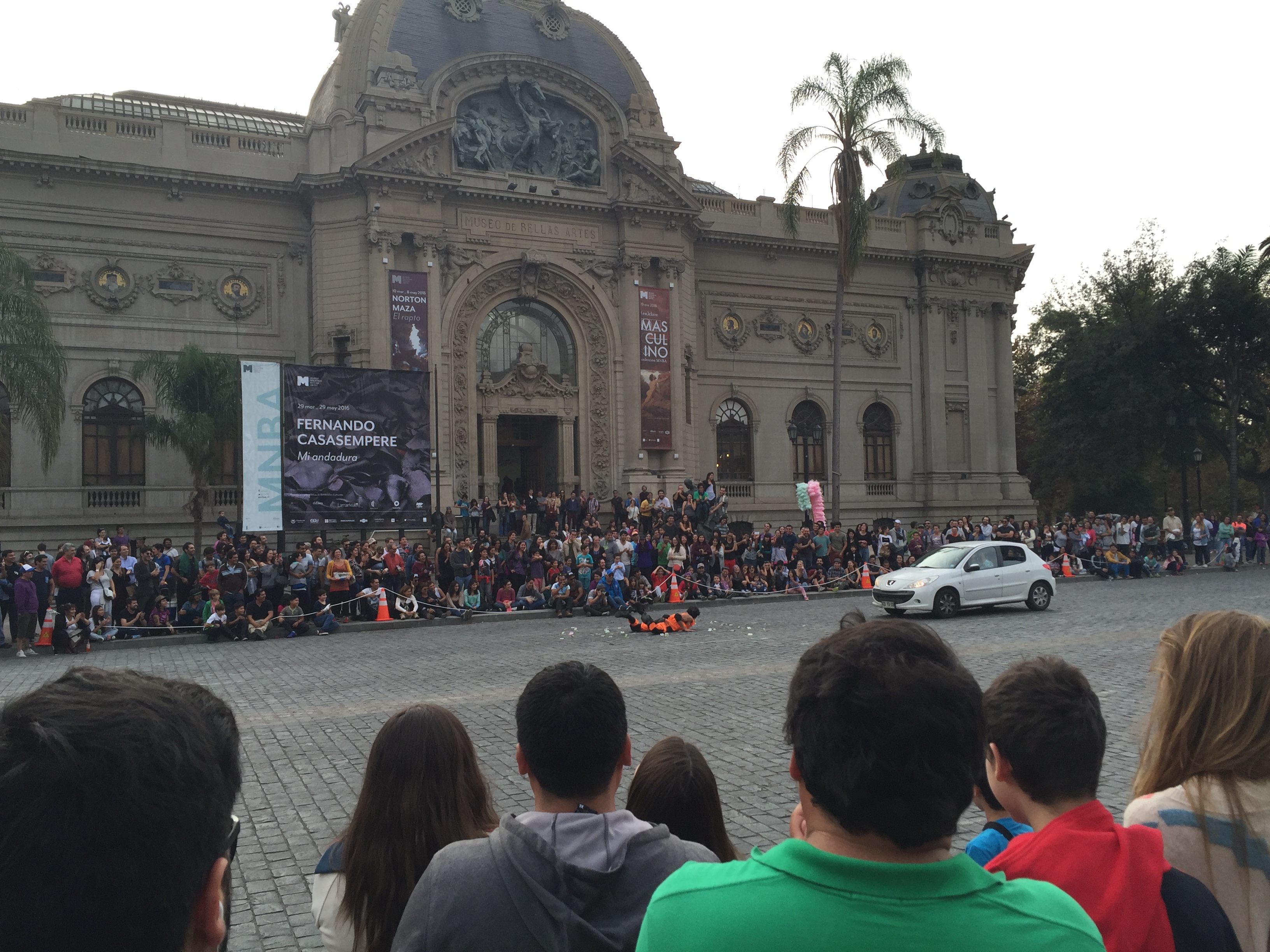 A street performance is a self-publishing format for live entertainment. It’s the Amazon of show business. And entertainment is about 3 things: Performance, marketing, and sales.

On Sunday, I witness the most genius Street Performer.

1. The Stage: The first key to being an effective street performer is choosing a high pedestrian area. He chose a busy 2 way main road in front of a beautiful Art Museum.

He roped off the entire sidewalk on both sides of the street. This gave the element of a city planned event. Not the doings of a one man show. It created the element of professionalism.

3. Simple Performance: His performance was simple – HE DIDN’T HAVE ONE. He didn’t have a special skill – He wasn’t juggling, doing magic tricks or riding a unicycle around blowing fire from his mouth. No. He used the environment around him; he used his stage, and it was hilarious.

He used the cars driving on the street. These cars had no choice, but to stop for this awkward clown man. He would stare down a driver, and do a stupid little dance, or get on his hands and knees and slowly crawl around a parked car. He would see cyclists, and start chasing them down the length of the street with long, funny clown strides; arms flailing like overcooked noodles.

It would be so fascinating funny to watch the dynamic between the performer interrupting a driver on the road.

4. Using His Earnings as Props: The next thing I noticed was genius. Every 5-10 minutes he would walk along the edge of the street, and he would extend his hand out for money. People by the dozens would be handing money to him.

But here’s the genius part, he would use the money as a prop. After a collection, he would take the handful of Chilean Peso Bills and would walk in the middle of the street through traffic. He would create a dramatic pause, and get the crowd involved to cheer, and then he would throw his pile of money high up in the air like confetti. The little kids would giggle like a hyena. So would I.

It lead to people giving him more money. As middle-aged woman gave him a bill, he would pick her up, give her a big hug, kiss them with his red clown lips and leave his mark. The woman loved it. Kids on parents’ shoulders would scream, “Aqui!! Aqui!” with a bill in their hand, and the performer would sprint to the kid, have a little fun, and grab the money.

Collecting his money after throwing it, was another show considering the oncoming traffic he had to deal with.

Cars would stop, and he would lay down and pretend he was bathing in all of the bills on the ground, or would do a model pose staring at the driver.

He didn’t have a unique skill, or talent.

He set up his stage that drew a lot of traffic. He created an environment that was advantageous. He dressed in a simple, funny, and relevant costume for his stage.

He used the people in the audience as material. He used the money he was given as more material. His performance was to have fun.

He made people laugh and smile. I’m still laughing and smiling about his performance.

He made thousands of US dollars.

You made the world a lighter place, adding a bunch of fun the to community of Santiago, Chile.

You earned your payday.